6 Bitter Truths that will make your internet usage safer 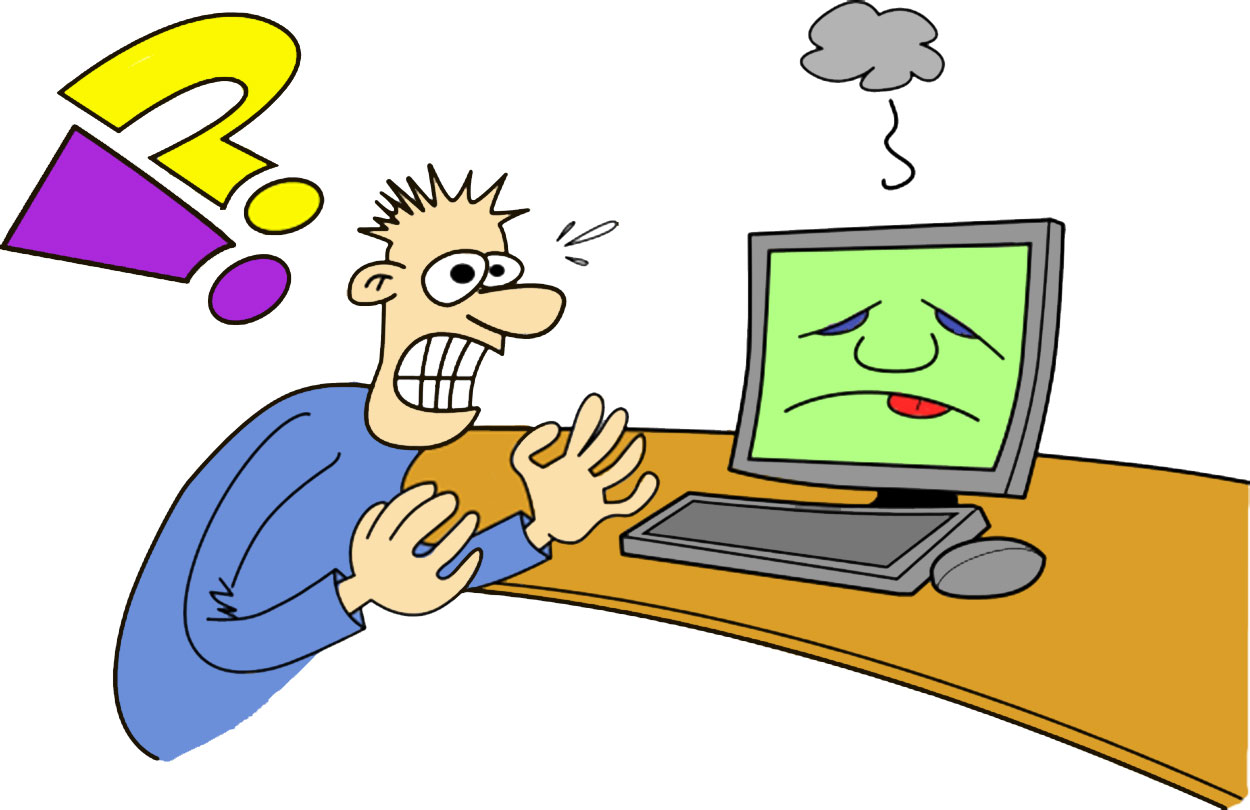 Professionally and personally, we here in technomancer.biz get a lot of questions and see a lot of dubious practices regarding internet usage. So instead of repeating our advice for the nth time, we compiled are thoughts and experiences into this article. Feel free to share this article with your peers that could this information.

1. No one is giving things away for free 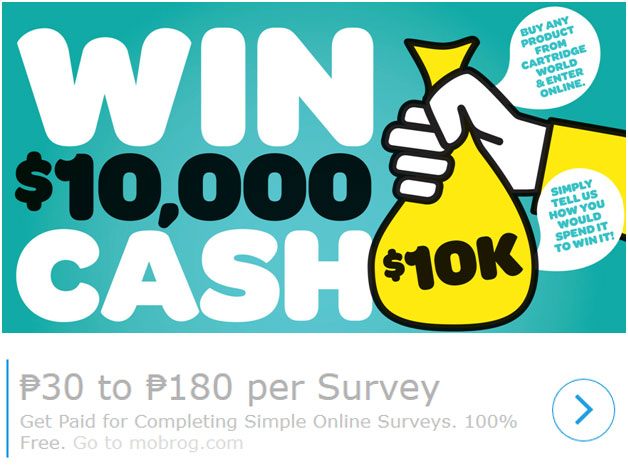 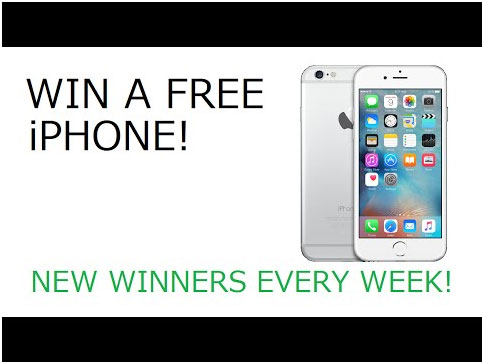 You did not win $1 million in some random lottery you never heard of; ignore the ads and emails that say you did. You did not win the new iDevice or Galaxy Humongous by being the 100,000th visitor. There is no Nigerian prince/prime minister/president who needs you to store their $123 million dollars. You won’t make $30 for every survey you fill up. You will either have to buy something or convince someone else to buy something. Or they will ask you to do something difficult or time-consuming. Or illegal. Sorry, if it was that easy, they would have already found someone else to do it. A lot of these turn out to be pyramid schemes. Seriously, if some guy on the street offered you $1 million because you’re special, and you just need to follow him alone into a dark alley, would you?

2. Don’t trust the person you’re talking to on the internet is who they say they are. 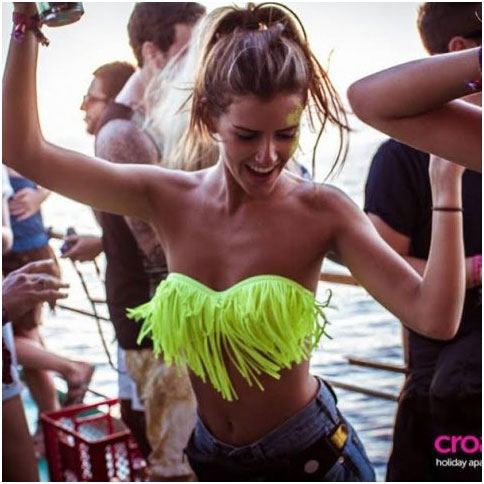 This is Ellie. She posted her pictures on the internet. Some people downloaded her pictures off the internet. Then they created profile of her, pretending to be her. As of January, 2015, the real Ellie says that there are more 60 people pretending to be her. They do it for various reasons. Boredom, for fun, to form romantic connections using a more attractive picture, and to steal money from people they can trick to send money to them.

Don't trust the person you're talking to online is who he/she say she is, especially if they insist on communicating via text or email only. Their camera is not broken, nowadays everyone has a camera phone, and video calls are pretty much free; there is absolutely no reason not to do so unless they're hiding something.

Related to this, be careful about posting public information about yourself online. Share them only with friends and people you trust. Some people can pretend to be you enough to open credit cards and bank accounts in your name. Related to this:

3. Be paranoid about email on the internet.

Here’s an email from “Brigitte Kemp” about my processed order.

The attachment contains a virus, which I had opened, would probably have done something very bad to my PC. Don’t trust your anti-virus to always keep you safe; the initial version of this type of scam went thru for a couple of days before the anti-virus caught on.

And, this is really important, do not trust the “FROM:” line in your email. They can be aliased, or spoofed.

Here’s one from “Fed Ex” about my shipment, but it’s been aliased.

Most good email software can track and detect this and quarantine them, but things can get thru. If it sounds unbelievable, please confirm thru other channels first.

4. Liking, commenting, or sharing the post below will not give the kid below anything

Liking or sharing posts or forwarding emails does not forward money for Timmy's cancer operation or feed starving kids. It doesn’t and has never worked. In fact, the kid in the picture might not even have the mentioned disease; the kid above has measles, not cancer, and recovered naturally.

If you or other people actually send money to the source, like what happened with the https://en.wikipedia.org/wiki/Ice_Bucket_Challenge. But the sharing or posting itself doesn’t send money, but it can spread awareness, which could be a good thing, if what you’re sharing is actually real. Speaking of which…

5. A lot of information on the internet is fake 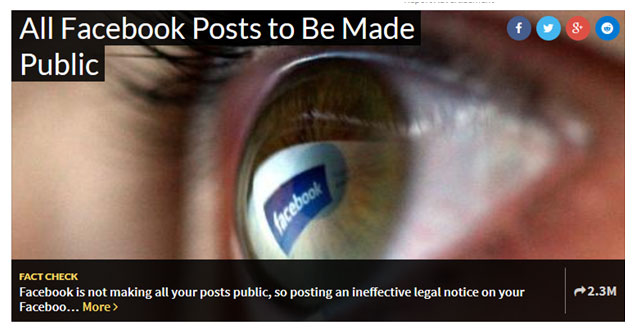 I’m not saying one way or another. But you can probably find an article to support whatever you want to believe in. And statistically, most of these articles are b#11s4!~. Like the one about Facebook about to make all your posts public. Speaking of which…

Of course, this article is 100% totally real. Trust me. I’m on the internet. 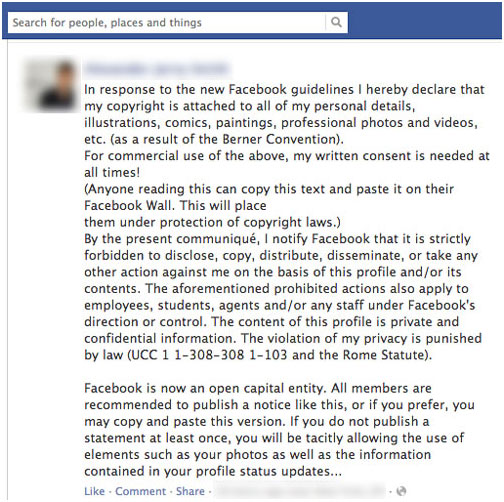 The post above simply does not do anything. Let’s break it down with another mini-list: